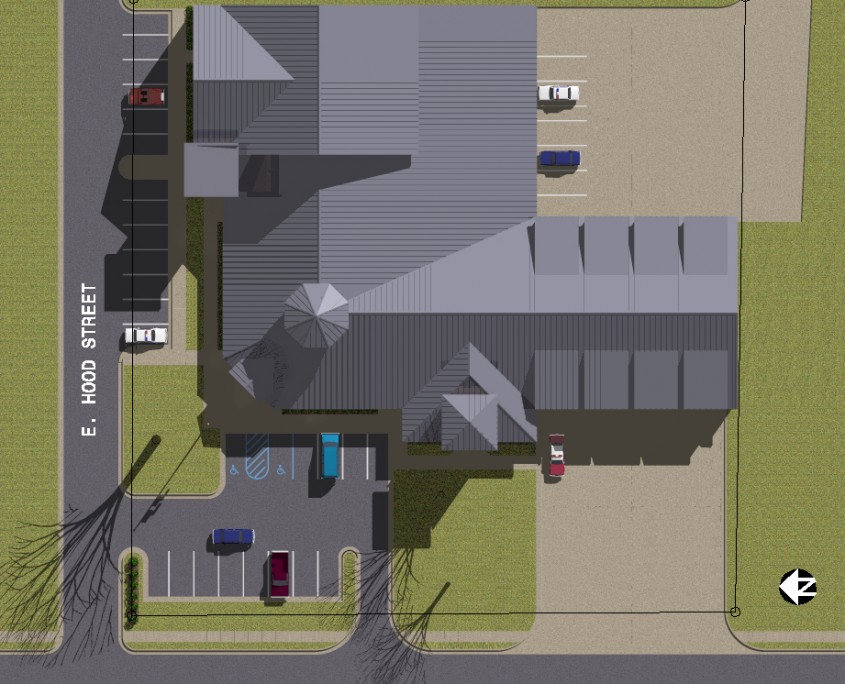 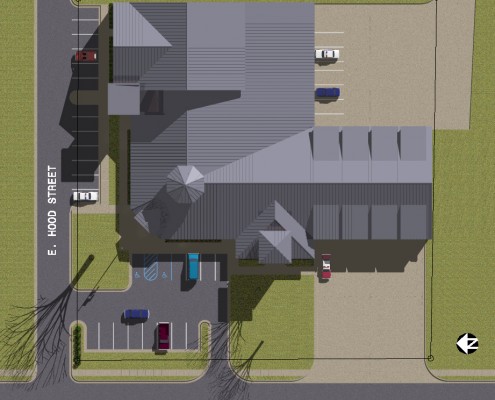 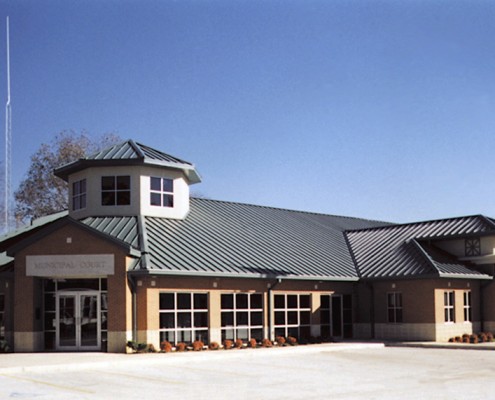 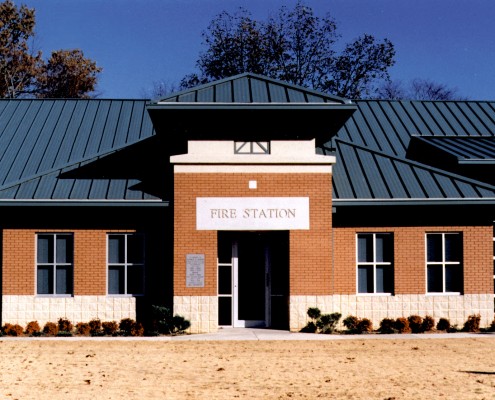 The City of Piedmont, Alabama recognized the need for a new municipal complex that would consolidate and enlarge their fire station, municipal court, and police station. Phasing the construction of the total complex was necessary, so the four-bay fire station and 60-seat municipal court were constructed first. The brick veneer exterior with split-face concrete masonry base imparts the sense of permanence and civic character sought by the owner. The sloped standing seam metal roof responds to the scale of the adjacent residential area. Three separate entrance cupolas define and identify the three distinct functional areas of the facility.